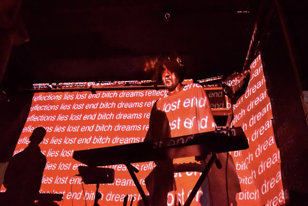 "Breaking through an oversaturated market as a new artist is no easy feat.

Whilst streaming technologies have democratized the music industry - allowing for participation and promotion from all corners - a constant flow of new music and marketing activity has crowded the once top-down space.

Thanks to the algorithmic downfalls of Spotify and relating platforms, artists can no longer rely on musicianship alone. They must embrace new approaches and skills in order to reach their audiences. And just as all music can now be discovered, shared and promoted, it can also be performed. Booking platforms and social networks have too democratized live entertainment; affording artists greater control over their opportunities …. but at the cost of more contenders.

+How to Get Your Music on Discover Weekly & Release Radar

The incentivisation of live performance in a time of rampant digitalisation has been thoroughly embraced. Not only as a tangible display of a musician’s repertoire; but performers today generate around 75% of their income from live events; compared to less than one third in the 90s.

Whilst the appetite for new music (pre-lockdown) is apparent - last year, live music reached a record high in London - musicians must navigate rising market prices and competition to successfully be able to cut through the noise.

Despite the odds stacked against us, our ambition remains unfaltered. With not a single track released and a limited budget in tow, we sold out a string of live shows across the UK, led by word of mouth alone. Which we've now come to realise, is the most powerful tool in music marketing.

Here’s our top tips for building a strong WOM foundation and translating hype into sales:

Our first live performance was at Old Blue Last London, a venue that, rightly put by Google, is known to attract a ‘trendy, young crowd’.

As all new musicians know, first impressions are everything and we were committed to filling the 200 capacity venue.

While creating hype is one thing; converting that interest into action (or sales) is another. We took a strategic approach, targeting the two types of audiences we knew would be most effective in driving organic word of mouth.

Firstly, we got into the minds of our potential new fans; the kinds of people who would take a chance on a new band. The ones always on a relentless pursuit to ‘discover’ new artists and would reject anything perceivably mainstream. We created a band poster using principles of visual attraction, and placed them in hipster hotspots - vintage shops, artisan coffee shops and indie book shops. We doubled up on the posters, placing them along the paths to and from these locations; ramping up effective frequency.

Our second mission was to identify and intrigue the social ringleaders, the people who attend the events, invite the friends and spread the word. We increased our invisibility around the places where people who love going out, hang out.

To keep the initial momentum going, we needed to put on a show that was going to get people talking, and simultaneously drive user generated content. Bored of the atmospherically dry shows we were seeing in small venues around London; we decided to create an immersive and share-worthy light show that appealed to millennial values.

To accompany our performance we projected visual light patterns and provocative slogans on stage. Loud and proud. No one does that in small venues in London so this really set us apart from other newcomers. The visual components of our performance facilitated a surge of user generated content across social media. This not only drove eyeballs to our social channels but also gave us social content which we used to promote upcoming shows. This played into the powerful phenomenon of social proof where, as humans, we are genetically hard-wired to be influenced from the experiences of others. Artists should put social proof front and center of everything they do - repost every audience video and use first-hand quotes to reinforce the strength of your show.

Emotions are the most powerful driver of offline behaviour and conversation, so we tapped into the topics dominating the zeitgeist. By projecting these messages intertwined with potent visual flashes we created an atmosphere of emotional intensity and a degree of reciprocity between ourselves and the audience.

This generated buzz which was a major factor in our ability to sell out our following shows.

Community and collaboration within the creative industry

Every creative knows the true value of community and collaboration.

Whilst the first audience for any new band will most definitely include friends and acquaintances; new artists must contribute to activities that give way to earnt peer-to-peer recommendations.

+The Benefits of Collaborating with Fellow Artists

Collaborating with fellow photographers, artists and musicians was a priority for us throughout our band formation journey. We remained highly engaged with our network - both personal and professional - and cross promoted fellow creatives wherever possible. We worked with photographers from around Europe, such as Laura Cherry Grove, and prior to lockdown, spent a week in Sweden to write music with a producer we met on tour.

Interpersonal skills are worth a thousand marketing campaigns and every act of collaboration will contribute towards your reputation as an artist.

Laying down the foundations of a creative word of mouth strategy can be a godsend for new musicians. After all, it was the primary force behind our sold-out live shows; an achievement we’d been told was only possible through a label or management deal. "

+Do You Know What Your Fans Really Want

Les Flair is the electro-pop project of duo Lyron & Kai.

Meeting at a friend’s studio party, Tel-Avivian singer, Lyron and Berlin-born multi-instrumentalist Kai, realised a shared boredom with the atmospherically dry live shows they were both finding in London. With Lyron’s background in post-punk bands, they found common ground in the realms of dark, synth-led pop music, interspersed with elements of unhinged-punk vigour. With a flair for showmanship, the pair coupled intense light displays and heavy basslines to create a powerfully potent live performance. Led by word-of-mouth, and without releasing a single song, they sold-out Shoreditch’s iconic Old Blue Last and booked a short run of dates across Europe.