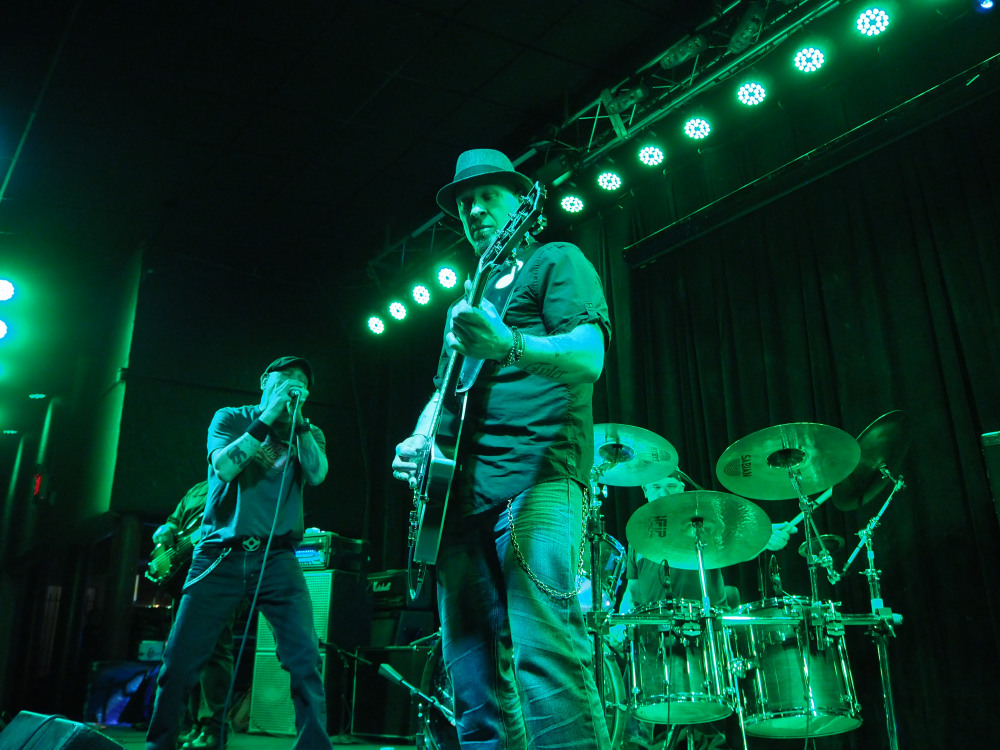 "Have you ever had a show that seemed to be so bad that you wanted to slip out the back before anybody saw you? Then you talk to people and they all tell you that was the best show they have ever seen. What did they see or hear that you didn't? Odds are you were too wrapped up in your own playing to notice. If only you could go back and relive those moments. Well, you can!

One of the best things to do in order to improve your live performance is to record your shows. You can record audio only, or record video. Either way, make it a point to review your recordings and critique yourself. Don't be too critical, but be honest with yourself. This is a great way to find what works, and what doesn't work.

Sometimes your favorite song is not your fans' favorite. Listen or watch your audience's reaction when you finish your songs for hints on what THEY like. Sometimes changing up your setlist order can have a big effect as well. Compare the reaction to different song orders to see if something works better or worse.

One thing I learned by listening back to my band's early performances was that we had lots of dead time between songs. You don't notice this during a performance, but it stands out big time when you listen back. We were all doing something on stage like changing guitars, tuning, or drinking a beverage during that dead time. That is why it wasn't so obvious when we were in the moment. You could hear the audience's enthusiasm waver during these dead zones in our set. We worked on this during rehearsals, and eliminated as much dead time as possible. This made our live show more professional, and overall a better experience for the audience.

If you have the ability to shoot video, then do it. This will give you a fan's perspective which is huge. Your bass player's penny loafers didn't look so bad last Friday night, but they really don't fit in when you see them today. That high kick you did during the third song felt so good, but it looks really cheesy in the light of a new day. I learned that I spent a lot of time looking at my bass guitar's neck. I was more worried about playing the correct notes than looking out at the crowd. Now I make sure to look out at the crowd as much as possible. This really helps people connect with the band.

This is also a good time to view yourself as a complete package. Do you all look like you're all in the same band? This sounds stupid, but you should come off to the crowd as a complete unit. You don't want to look like a bunch of leftovers from several different bands. Don't forget to look at the crowd from time to time. Did you see some reaction when your band played that certain part? Remember that, and make sure to reproduce the good stuff. Did the audience look disgusted when your drummer mooned the crowd? Well, maybe cut that part out of your show.

Video is a great tool as long as the audio is good as well. I would recommend having good audio along with any video you shoot. That way you can have the both things to judge what is good and bad with your live show. Plus, if something is really great and you have video then you can post that online. Having a video with poor audio is sort of hard to sit and watch. Do yourself a favor and make sure the audio part isn't an afterthought.

If you need the equipment to record audio then let me suggest looking at the ZOOM brand. I personally use the ZOOM H2, and it has provided years of service thus far. It has more than paid for itself in my mind. I record rehearsals, shows, and song ideas at 6AM when I can't sleep on this thing. The best part is that it cost me about $100. Zoom has a full line of recording devices to fit you budget/needs. I also have the MEVO for video purposes. This little guy can record your performance while automatically switching between looks using its smartphone app. It will seem as if you have a whole camera crew running the video. You can even use it to livestream video through platforms such as Facebook LIVE.

Look at this gear as an investment in yourself. Once you get enough audio/video, you can use that as money making opportunities. Sell a live album on Bandcamp.com, or make these only available to a paid membership group. Be creative.

After you spent some time listening to yourself, you will notice improvements as you go. Feel good about that even if they are small steps. Once you know what to work on, it will make your path more visible. Another thing to do is to watch some of your favorite bands and critique what they do live. What is it about that band that makes you like them so much? You might be surprised by what you learn by doing this. Now you can use that info to improve your band's live show.

+Principles of Playing an Excellent Show