**Guest post written by Joshua Bloomberg, singer-songwriter for The One 800s out of Los Angeles. 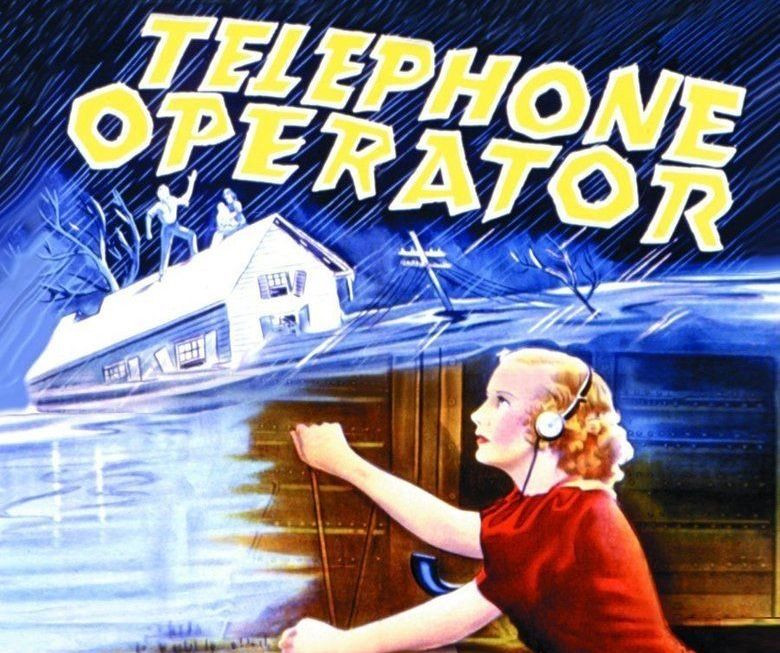 "A lot of you must be wondering, Why the hell is Josh trying to get me to call a 1-800 number? Or you’re not wondering about this at all. In which case, you’re not going to read this.

Nevertheless, for the curious, I thought I’d explain why I’ve chosen this archaic method of communication to promote my new album – and why one week later it’s already a success.

Another lifetime ago, when my name had some heat on the Los Angeles music scene and record labels were circling, I remember hearing or reading the following quote: “In the music business, it’s not if you’re going to get screwed. It’s how badly.”

Truer words never spoken. To make a long, cliché story short, I got signed to a sizable indie label, recorded an album, and a year later, after the label decided the Bloods and Crips were the musical act of the future (yes, that actually happened), I was back on the streets with a CD no one was interested in, and a legal dispute between my manager and myself.

A few years later, when I was finally able to pick myself up out of the musical trash heap, I independently recorded a second album at a friend’s studio. One of the few sites on the web that would host homemade CDs was a new one – CDBaby.

Naively, I emailed the president of CDBaby, Derek Sivers, wondering if he knew of any decent independent labels. His response: “Nope. I don’t believe in record labels. I believe in doing it yourself. That’s why I started this company.”

That was a revelation. Since I was a kid, I thought the only way to make it in the music biz was with the help of a record label. That long-held belief no longer applied. The Internet was changing the rules.

And then along came Napster, and the rulebook was incinerated. Napster’s intentions were spot on – Why should the public pay for an overproduced, overpriced CD, when all we want are one or two songs from it? – but the damage to the music industry has been irreparable. It’s hard to come back from FREE MUSIC! AS MUCH AS YOU WANT!!

For indie bands especially, it’s been an uphill battle. Napster is long gone, but streaming services like Spotify have taken its place, making it acceptable to just take music. What’s worse, an entire generation of musicians believes it’s OK to just give it away.

Maybe “believes it’s OK” is too strong. They - I guess I should say, we - don’t see any other way around it. Streaming has become the industry standard.

Recently on CDBaby there was a very well written and convincing post about music streaming, which you can read here. In summary, the writer’s advice to musicians was just do it. Stream. You need to be where the people are.

The site of “do it yourself” has become be like everyone else, because you really don’t have a choice.

Quincy Jones, when asked about the state of the music business, said, “Honey, we have no music industry. There’s 90% piracy everywhere in the world. They take everything. At the recent South by Southwest, they had over 1,900 musicians, but fans didn’t know where to go. You can’t get an album out because nobody buys an album anymore.”

It’s not if you’ll screwed. It’s how badly.

The artists behind the songs you stream spend hours writing them. Spend weeks recording and untold amounts of dollars on software, gear, recording time, equipment, strings, instruments, website, photo shoots, promotion, music videos, etc., etc., etc. and when it comes time to release the album, we’re expected to just give it away.

If you told a lawyer, an author, a fucking car wash attendant, just about any other person in any other profession that they were just going to give their products and services away – and not for charity, either - they’d laugh in your face.

Nevertheless, there’s no denying the exposure you can get on Spotify. Bands like Tycho are making great money and building huge fan bases from the site.

But these are the exception to the rule. Spotify is sort of like Washington DC in that artists signed to major labels have representatives (lobbyists) vying for their music to be featured. Most indies get lost in the ocean of music simply because they have no one to make a case for them.

Spotify does have featured playlists which are the Holy Grail for indies. If you’re lucky enough to get one song in one of them – and that’s a big IF – it could be career changing. But even then, the results are dubious.

+Playlisting and How Indie Artists Should be Using It

I got in a “spirited discussion” online recently with a musician who was defending Spotify. He said, “Thank GOD for Spotify. My songs have been played 28,000 times.”

Yes, as an independent artist you get an astounding .003 cents per spin on Spotify, and little information about who’s listening. But obviously he was happy about this, and you know what? Good for him. I may sound sarcastic, but I say that sincerely.

I don't mean to stand on a soapbox. I don't even know what a soapbox is. But since I'm already standing up here on this thing, I'll say this: for a generation whose badge of honor is “getting woke,” most seem dead asleep when it comes to effects music streaming has on smaller bands. Or even larger bands. I’m sure you’ve heard this story: Pharrell Williams’ "Happy" made $2,700 in publisher and songwriter royalties from 43 million Pandora streams.

Of course, that was in just one quarter of the year. However if the other 3 quarters of the year were similar to that, that means he got $10,800 for 172 million spins.

(The reason the numbers are so extreme in this case is because a lot of A-list artists have to split their pay with their teams of producers, co-writers, agents, etc. Thus, at the end of the day, they get a laughably low paycheck. Still. $2,700 for 43 million spins is obscene.)

Look, I get it. For the consumer, streaming is amazing. You get practically unlimited access to all these artists and genres you never would’ve considered before (“I can listen to Klezmer now!”) It’s easy, cheap (often free), and convenient. It’s on your phones, tablets, cars… even inside other apps. When I type a band’s name in Facebook messenger, a little Spotify icon appears, making it a breeze to share a song.

But for us making music, it’s a little disheartening to see that songs created from our blood, sweat, and tears are living right alongside poop emojis and GIFs like whatever the heck is going on here.

All of this was weighing heavy on my mind when I was wrapping things up my new album which I spent nearly 3 years writing and recording. I realized: Holy shit. All this work, and this is thing is just going to vanish into the ether of the streaming netherworld.

So I had a choice: I could post my songs on streaming sites and I could pray one of my songs landed on Spotify’s revered playlists – in which case, I’d wait for my $84 checks to roll in.

+Releasing Indie Music Is Like a Message in a Bottle: My Experience Getting Heard

Or I could do things completely differently. Do something that no other band that I can remember has ever done.

That’s when the whole thing came to me in one crazy, hazy dream.

• Change the band name from Joshua Path to The One 800s.

• As a marketing gimmick to coincide with the band's name, set up a toll free 1-800 number.

• When people call the number, they’ll get a voice mail where they can leave their email address (they also have an option to simply text the number).

• In their email, they’ll receive a code for a free digital download for the album.

• In that same email, I’d ask for donations – with incentives if they do donate:

A toll free number. An old school way to have direct contact with fans. So much quirkier and interesting than saying “visit my website at www(dot)blandband(dot)com”.

And it's working, apparently, because here’s the deal:

I’ve already made more money and got more people to listen, download, and join my mailing list in the past week than I have with my past 3 albums combined.

Sure, a lot of people are questioning the whole 1-800 number thing. But at least it’s a conversation starter. It’s interesting. It’s unique. It’s not the ol’ “Come to my website and download my album for any price you want!” which every band does, and hardly anybody ever shows up. I know. I’ve tried. Multiple times.

I guess instead of making people call or text, I could’ve just sent everyone I knew download codes. But I was taught in music a long time ago: don’t ever send someone something they didn’t ask for. (Case in point: U2’s Songs of Innocence/iTunes fiasco.)

And I realize there are some people reading this who will not download music anymore. Period. The music editor who wrote the aforementioned CDBaby article said he doesn’t want to deal with CDs in his car because “it takes up NPR time” and won’t download music because he “doesn’t want to use up the hard drive space.”

For a journalist who’s made music his career, that’s pretty odd that he doesn’t want to cut into his NPR time. But for everyone else, I get it. After how easy streaming services have made life, it’s kind of a hassle to download an album onto your computer, then transfer those songs over to your phone or other listening device.

+5 Reasons You Should Release Music On Vinyl Records

I look at it like the farmer’s market. You can only go during certain hours on one day of the week. The produce you buy is still covered with dirt and a few bugs. But at least you know it’s organic. Homegrown. The real shit.

Same with supporting indie music by buying straight from the band. The music is a little rough around the edges, and it can be kind of a pain in the ass to deal with the process of downloading and transferring to your phones or iPods.

But you’re directly supporting an artist or band that put their hearts and souls into a product - one that hasn’t been diluted by record-label-prescribed co-writers or egomaniacal producers. You’re getting pure, organic, homegrown music. An unfiltered artistic expression from one human to another. And your money is going directly to them.

And who knows, maybe at some point – either tomorrow, or in the next few months – I’ll give. I’ll hand my music over to the streaming music machine.

But for now, The One 800s operators are standing by.