**Guest post written by Eyvindur Karlsson, a singer-songwriter and songwriting coach who helps artists stop wasting time staring at a blank page and waiting for inspiration so they can write more songs of higher quality. He is passionate about coaching songwriters to help them get more great music out in the world and is the owner of the website Strongwriting.net. 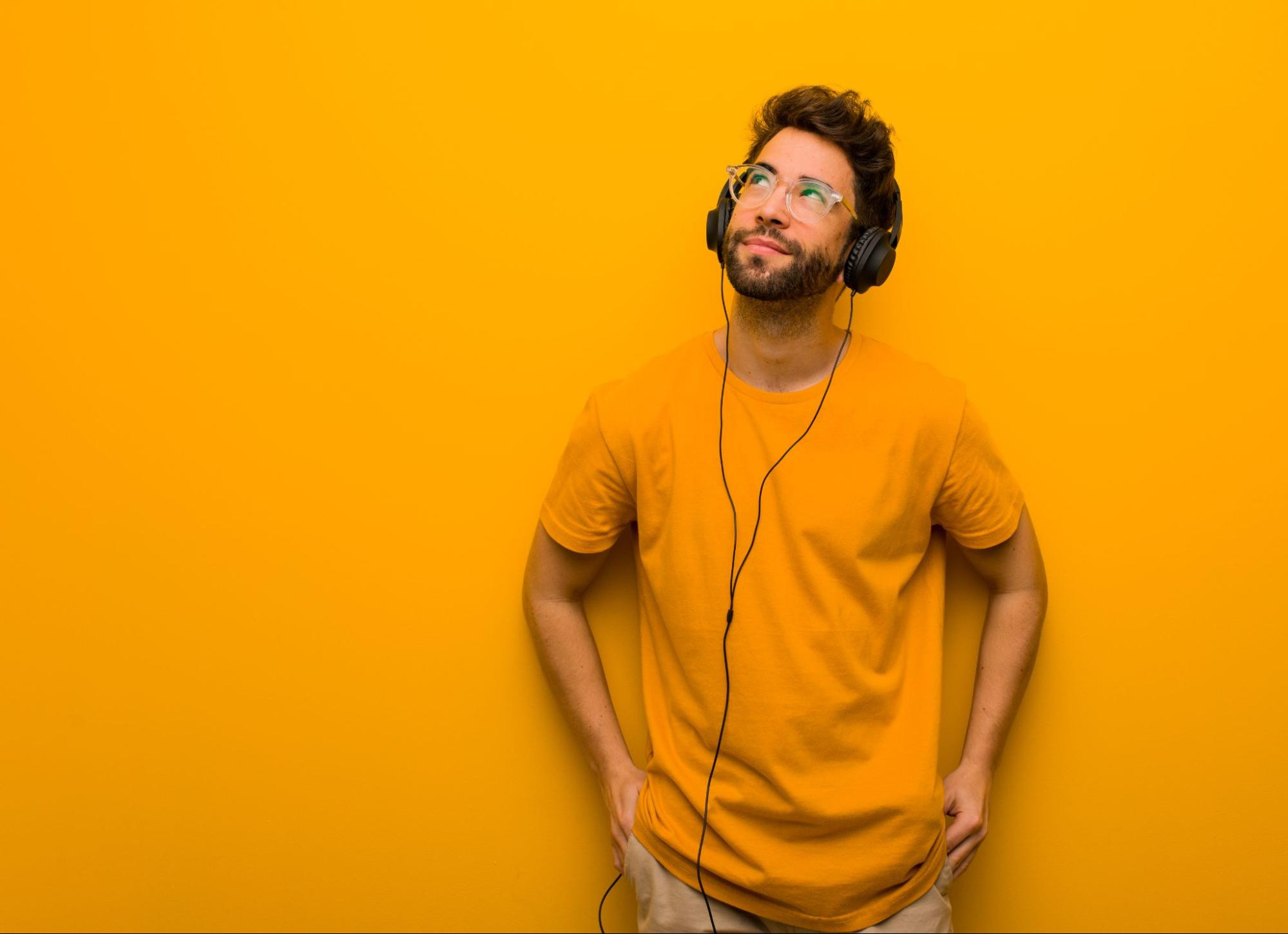 "Why We Set Goals

If you want to improve in any area, whether professionally or personally, goal setting is vital. Goals serve as maps to guide us to our destination, and without them there's no way to know if we're even headed in the right direction.

Goals act as beacons. They ensure we stay on track. Furthermore, when done right, goals help us to assess our progress and reassess if we get off track.

It's all well and good to have lofty dreams about where we want to go with our songwriting, but a dream without a goal is just a fantasy. If you put the dream in concrete terms, though, by setting a goal and giving it a deadline, it now becomes a plan. That's what we want for our careers: Plans.

In this article I'm going to cover the basics of goal setting, from a songwriter's perspective, and introduce you to the SMARTER framework of goal setting.

How To Find Your Goal

The biggest hurdle in setting a goal is to make sure it's the right goal for you. There are no right or wrong goals in general, but if you set the wrong goal for you it's going to be next to impossible to achieve.

The first step in finding your goal is to think about your WHY. Why do you write songs? Where do you ultimately want to go in your songwriting career? If you close your eyes and allow yourself to daydream, what is your dream destination on your songwriting journey? Allow yourself to dream big here. Do you want to be a Grammy award winning artist? Do you live in a giant mansion bought with all your sync licensing money? Are you topping all the algorithms in the streaming world and making a killing from playlists? Are you touring the world with your band, surrounded by screaming fans? Whatever your dream, picture it and think of what it means to you. How would achieving it make you feel? And why do you want this?

Once you've gotten a pretty good picture of where you want to go and why, it’s time to apply a proper goal-setting framework to it.

I'll use one of my dreams as an example. I dream of making a full time living from song licensing, so that I'm not dependent on touring or things like that. I love to play live and want to tour, don't get me wrong, but I don't want my career to hinge on that.

+Hedging Against Uncertainty in the Music Industry

To achieve this dream, I would need to get a lot of songs into music libraries. That's the dream, but to make it into a goal, it needs to be much more specific. That's where the SMARTER method of goal setting comes in.

If you've ever read anything about goal setting, you've probably heard of the SMART framework. It's a way to ensure that our goals work and we're able to act on them. SMART stands for Specific, Measurable, Attainable, Relevant and Time-based.

The SMARTER framework is a slight adjustment to the SMART framework, that I think works a lot better. SMARTER stands for:

When setting goals, you should always think about this framework. Below, I'm going to go through each of these factors in turn, and I encourage you to go through the process for yourself and set your own SMARTER goals.

I feel it's extremely important to do this in writing, so I've put together a workbook you can follow to get the most out of the process. It will walk you through the SMARTER framework, and also help you break the goal into action steps, scheduling them and following through. Click here to download the workbook.

Setting a goal that is specific enough is very important. In my example, the wrong way to phrase my goal would be:

Make a living from song licensing.

That's a terrible goal! It needs to be way more specific than that. A better version of my goal would be:

Get enough songs into music libraries to make a full time living from licensing.

That's way more specific. It sets the bar high and it has a specific end in mind: Making me a full time living through music licensing.

That's great. However, it's still far from perfect. It needs a number! That's where the next item comes in.

In order to make the goal even more specific, and to make sure that it's possible to keep track of success (or lack thereof), it needs to be easily measurable. "Get enough songs into music libraries to make a full time living from licensing" is not measurable. I need to add a specific number. Based on my research, you need 100-200 tracks to make a decent living through music libraries. So based on that, I'll update my goal:

Get 200 tracks listed in music libraries.

Now that is very specific, and I can measure my progress. If I've gotten 150 songs listed, I'm short of my goal. If I get 250, I've surpassed it. You get the idea. (I know how much musicians love math.)

There are more action steps involved, of course. I need to do research on which music libraries to work with, write more songs, record and mix those songs, create all the different versions the libraries require, and so on. When thinking about this part of the goal, I need to list all the logical steps I need to take in order to accomplish the goal. Let's say I have 100 songs ready to go (which is close to the mark, although some of them need a bit of polish). My action step list might then look like this:

These are of course very large steps, but that's fine - I'll break the goal down into bite-sized chunks later.

+Licensing Your Work to Music Libraries

When we set goals, it really pays to think carefully about its relevance. Is this goal the right thing for you to pursue at this stage in your life and career? For me, pursuing a goal of doing more touring would not be relevant. It would be a fun goal, because I do love to travel and play live, but at my current stage in life, I don't think it would be the best avenue to pursue.

Instead, writing and producing music in my home studio and earning a living from it through licensing fits in perfectly with my lifestyle and family arrangement. So that's a relevant goal for me. If you're in a place in your life where touring is the logical step on your journey, then that's a goal for you. Just make sure whatever goal you set really works for you where you are at now in your life. Not where you want to be later on.

+20 Tips for a Successful Tour as an Independent Artist

Like I said, goal setting is like a map. It tells you where to go, and if you do it right it gives you a guideline for how to get there. However, if you don't have a clear timeline, it's almost guaranteed to fail. If I just say: I'm going to get 200 tracks into music libraries, and I don't set a timeline, there's no way I'll get it done.

So, let's set a deadline. Like I said, I can probably gather up 100 tracks to submit in fairly short order, and I'd need to double that amount. If I create one song per week, which is pretty easy for me, I'll have 200 songs ready in about two years. Therefore, my time-keyed goal could be:

Keep in mind that time can also be implemented through habit goals. That means setting a goal that has you repeat certain activities at certain intervals. If my goal was primarily to increase my songwriting output, I could set a goal of writing music every day, or writing a song every week. That's also specific and time-keyed, but more focused on the habit than the ultimate outcome, and those kinds of goals work great as well.

So those are the SMART steps. However, there are two more aspects to the SMARTER framework. Let's explore those.

+Musings From The Tail

I think this part of goal setting is often overlooked. Yes, goals need to be relevant and all of the other stuff, but if it doesn't excite you, there's no way you'll be able to push yourself to do the work. Self-discipline is not a sustainable thing, so if you're not excited about your goal, you won't have the drive to commit to it.

So just make sure you're truly excited about your goal. This goes back to your WHY. If the goal is properly in line with your WHY, and it's relevant to where you are in your life, it's probably easy to get excited about. If not, you need to rethink it.

I happen to be of the opinion that nothing is more detrimental to success than staying in one's comfort zone. If a goal is safe, it's not going to feel like a real accomplishment. And in fact, it'll be a lot harder to get excited about. Therefore, I recommend setting goals that stretch the boundaries of what you think you're capable of.

With that in mind, I am going to revise my goal yet again. Getting 200 songs ready for licensing in two years sounds very doable for me (I create music very fast, and that is in fact what I coach my clients to be able to do). It's a pretty safe goal.

So to make it riskier, I'm cutting it in half and only allowing myself one year.

My goal then becomes:

Now THAT is a risky goal. But the reason it's better than allowing myself two years is that even if I fail, I might get it done in 18 months instead of two years. So by stretching my limits, I'll have gained more than by keeping it safe.

Also, when it comes to creativity, quantity begets quality. The more I write, the better I'll become, and if I consistently write 2 songs per week, I'll dramatically improve my songwriting skills.

Now that we've set ourselves a SMARTER goal, it's time to break it down into smaller goals. In my year-long goal there are several smaller milestones that I need to get done. I could start with a quarterly goal of getting 50 songs, including 25 new ones, into music libraries. That would then involve weekly goals of writing 2 songs and getting 2 old ones ready. Which would then inform my daily schedule. And so on, you get the gist.

If you set your goals properly, using the SMARTER framework, you are much more likely to follow through than if you just keep dreaming. If you're really serious about your art, you need to be goal-oriented, and this is a great tool.

In order to make it even easier for you, I want to give you a super powerful workbook to walk you through the process of setting your SMARTER goal, breaking it down into milestones and then scheduling your work so you're set up for success. You can click this link to get the SMARTER Songwriting Goals Framework for free.

Good luck with your goals, and happy songwriting."

+7 Tips to Help You Finish Your Tracks

+How To Be An Independent Artist Successfully

+What is Non-Exclusive Licensing?