Songwriters: Are You Pitching Your Songs With A Shotgun Or A Rifle? 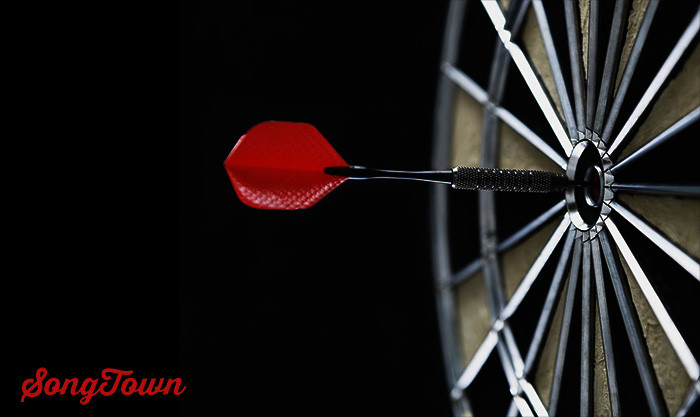 "One of the most popular questions we get at SongTown is “how many songs should I send to a producer or publisher?” The prevailing myth for aspiring songwriters is that “more shots equals a better chance of something great happening”. I want to dispel that myth and to explain why pitching your songs with a shotgun is NOT the best way to hit your mark.

Not too long ago, one of my pluggers sent out an e-mail to all of our writers asking us to send him ONE song pitch idea for Frankie Ballard.

Well, I had Frankie’s first single ever, so I thought to myself “I’ve got tons of songs that would work for Frankie”. I proudly sent my plugger a list of 8-10 SMASH HITS that I thought Frankie would kill. In my head, they were all pretty good shots. And, I thought the plugger could pick his favorite (or two or 5) to play for Frankie.

Immediately, I got a reply that said “I’m about to walk out the door to go to this meeting and I don’t have time to listen to 10 songs from every writer. I was counting on you to give me your BEST one, not a list. If you can’t do your job, I can’t do mine”. That’s the no-nonsense world I live in. And, worst of all, he was right.

Mistakenly, I took out a shotgun and tried to hit anything that was moving in the vicinity of the pitch request.

In doing so, I irritated the guy trying to pitch my song and I almost lost the chance at even having ONE of my songs played for Frankie. What I should have done instead was pick up a rifle and aim for the bullseye instead of just hoping to hit the target somehow with my shotgun. If I had spent my time trying to find that one perfect song instead of trying to find EVERYTHING that MIGHT work, I would have had a better chance.

I have learned that pitching one great song communicates that I feel like I know what the artist wants and that my song is THE one.

Pitching a bunch of songs often communicates that I don’t really know what the heck to send, so I’m slinging everything I’ve got in hopes of getting lucky. That approach turns people off and isn’t likely to lead to hitting the bullseye even if you hit the target.

If an artist or publisher is telling you they want a “career” song, they need a monster hit. None of us have tons of those. I’ve demoed over 6,000 songs and I’m not sure I have anything yet that is on par with songs like “The House That Built Me” or “I Can’t Make You Love Me”. So, I don’t need to worry about slinging 5 songs at that kind of opportunity. I need to find or write the VERY BEST shot I have and pitch that one. If it’s as good as I think it is, then they will call and ask for more. If not, I still have work to do.

Step away from the shotgun and aim for the bullseye when pitching your songs.

+The Poor Man's Copyright For Songwriters: Separating Truth From Fiction

+Why You Should Have Alternate Versions of Your Songs