The Visual Aspect of Music 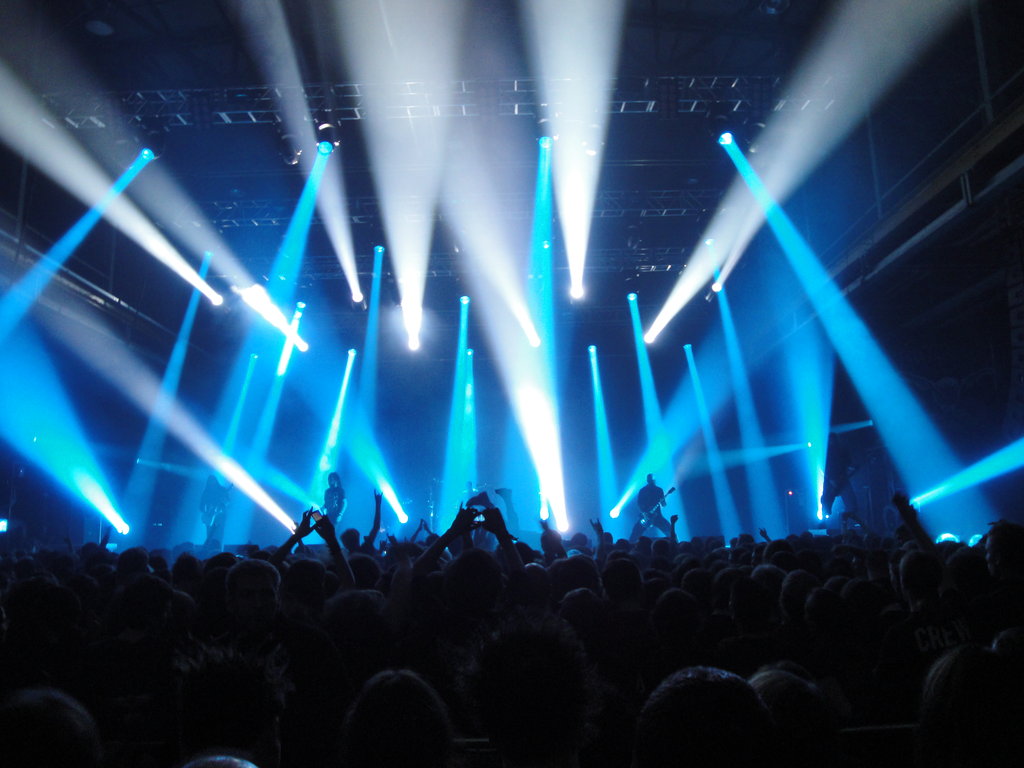 "Being a musician, it has taken me a long time to accept the fact that music is actually quite visual. To be honest, I’ve always intrinsically known this, but have never really realized it. There is no disputing that people associate their favorite artists with their best-known songs, but it is almost always accompanied by a visualization of the artist. In fact, when I listen to music, I almost always see pictures and shapes in my mind that correspond with certain tonal aspects, chords, melodies, beats, and so on and so forth. For example, when I hear a smooth, clean, blues guitar solo, it often has a smooth, round, “glassy” shape in my mind. And if it’s a piercing, heavy, distorted metal solo, its often a sharp, jagged, dark image. I even see certain sets of notes almost as puzzle pieces that either fit together, or don’t. If it’s a happy sounding major 3rd, for example, I see one thing, but if it is a clashing tone, or out of tune note, I see a very different, un-appealing image.

Lets get out of my own head a little, and look at some real world examples of the importance of music’s image. They say that 80% of what you’ll remember about a music concert is visual. You’ll remember what the band looked like, their light show, their dance choreography (depending on the act of course), their wardrobe, the décor of the venue, and on and on. Oh yeah, you’ll probably remember the music too ;)

But why is this? The logical side of me has been in denial about this fact for awhile. After all, this sort of undermines the amount of time I’ve spent on music. I want people to go home and remember my guitar solo, or the part where Geoff and I hit that sweet vocal harmony we’ve been working on for months. The fact that people will much more likely remember the shirt I was wearing is a little depressing. So I did a little digging to see why a person would go home thinking more about my shirt, and Geoff’s hair, then the songs we played. It turns out, the PNAS (Proceedings of the National Acadamy of Sciences of the United States of America) found that auditory recognition memory is inferior to visual recognition memory. Here is an excerpt of the findings of an experiment they did to prove this statement.

“Hundreds or thousands of images, seen for a few seconds at a time, are available for subsequent recognition. It is this aspect of memory that seems to be markedly less impressive in audition. Two explanations suggest themselves. Auditory objects might be fundamentally different from visual objects. In their physics or psychophysics, they may actually be less memorable than their visual counterparts. Alternatively, auditory memory might be fundamentally different/smaller than visual memory. We might simply lack the capacity to remember more than a few auditory objects, however memorable, when they are presented one after another in rapid succession. In either case, it is unlikely that anyone will find 1000 sounds that can be remembered with anything like the accuracy of their visual counterparts.”

Think about the Grammy's this past weekend. Did you see the Imagine Dragons / Kendrick Lamar performance? I have to admit, I didn’t particularly think it sounded amazing, and don’t remember any of the lyrics Kendrick Lamar rapped, but the actual visual performance, the lights, the smoke, the fact that they were all in white… I can easily recall the visual aspect of this performance, and I can honestly say it was incredible! Check it out HERE and see what I mean.

According to this Mashable.com graphic, which sites all of their sources at the bottom of the page, teens now discover 64% of new music via YouTube. Not radio, not a recommendation from a friend, not from an internet streaming service, but from a visual medium like YouTube. The musician side of me says “this is bad”, but according to the previously mentioned experiment, maybe we have a better chance of being remembered if we’re discovered on Youtube, instead of say, Pandora.

This isn’t to say that the visual side of music is more important than the auditory aspect. This is absolutely not the case. But to deny that it has any importance at all, is of course the equivalent of an Ostrich burying its head in the sand. What are your thoughts on this? When you go to a concert, what is your favorite aspect of the experience? Do you find this to be true for you? Leave a comment and let me know!"