Spotify or Physical CDs: What's better for the music creators? 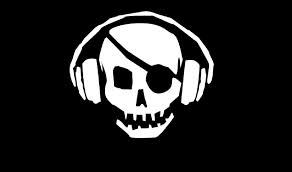 "I recently was involved in a transcontinental 3-way with 2 other guys. (Giggity) Ok, now that I have your attention, what I mean is, I had a conversation via email with a friend from LA, and another friend living in Singapore. All three of us are musicians and frequently talk about the current state of the music industry. We were talking about the streaming music subscription service Spotify. Spotify is totally changing the way we consume music. Instead of buying a song, or CD from an artist, you can sign up to Spotify for $10 a month, and have access to every song in their catalogue 24/7 (a huge catalogue), as long as you have internet access. None of the music is actually owned by you, you just have access to stream the song over the internet. Spotify has been the topic of many debates between musicians due to the fact that they pay the artists between $.006 and $.0084 per song stream (song play). Here is spotify's explanation of royalty payments to musicians with music on their site: http://www.spotifyartists.com/spotify-explained/#royalties-in-detail.

I sent along this good news to my other musician friend in Singapore. Here is the abridged version of his response:

Friend from Singapore: "I'm not sure this actually is good news. 20,000,000 plays should earn the musician a lot more than $144,000. Spotify is making way more than the artist. They in fact are acting like the record label taking the huge cut and screwing the artist out of money"

+To Sell or Not to Sell? Why Giving Your Music Away Can Pay Off

Both friends make good points. Lets make the numbers a little easier to grasp. Say an artist has a damn respectable 100,000 streams on Spotify. That artist would earn about $720 (100,000 x .0072). My Singapore friend would argue that all an artist would need to do is sell 72 CDs at $10 a piece to equal the amount earned from 100,000 plays on spotify. Initially this seems like a punch in the musician's groin delivered with Spotify-branded brass knuckles. But is it really?

There is no doubt that it is easier to sell 72 CDs then get 100,000 people to listen to you on Spotify. But say an artist has 20 songs on Spotify, and each song on average has been listened to 5000 times (that's 100,000 listens). The question now is, how many people would it take to get 5000 plays on 20 songs each? That question is impossible to answer, since no two people will necessarily listen to each song the same amount of times. A super fan of your band might listen to your songs on repeat all day for 3 weeks straight (this would account for a lot of plays). While someone else may stumble upon your music, not like it, and only listen once.

A quick glance at my personal iTunes account however shows my top 20 songs have been played 3,779 times, for an average of about 189 plays for each of my favorite 20 songs. Assuming an artist could find a bunch of super fans that listen to as much music as I do, he/she would only have to find 26.5 people that are infatuated with their music enough to listen to their 20 songs 189 times each. This the equivalent of 10 listens to any of the artist's songs each day for just over a year. This would equal $720 dollars from Spotify (26.5 people listen to your 20 songs 189 times each which equals just over 100,000 multiplied by the average spotify royalty rate of .0072 = $720).

If, however, you sold each of your 26.5 super fans 2 CDs each (assuming each CD contains 10 songs) at $10 a piece, this would equal $530. In this particular scenario, the artist would make $190 more on spotify. This doesn't account for the cost of the actual CD that the artist has to eat. Currently you can order about 1000 CDs, with full color printing for about $1 a piece. So the 53 CDs sold to the artist's 26.5 super fans would cost the artist about $53 dollars. $530-$53 = $477. Also, if any of these super fans lives over seas, the artist will have to pay for shipping, unless this cost is passed along to the fan (money that could be spent on a band t-shirt maybe?). The last physical CD I shipped to the UK cost me about $6. In this scenario, Spotify's $720 vastly outweighs the money made from physical CD's, even when not accounting for any shipping costs ($477).

So what is the "break even" point? At which point are Spotify listens more profitable than selling music? In other words, how many times would someone have to listen to your song on Spotify until it is the equivalent of them actually buying the song for the typical price of $1 (a typical full length now a days usually goes for $10, and a typical full length is usually around 10 songs, or $1 per song)? We can calculate that quite easily.

Taking the value of the song at $1 per person, we can simply divide the $1 by Spotify's royalty payment of $.0072, and we get about 139. If you want to account for the cost of the CD to the artist, (about $1 per CD, or $.10 a song) we divide $.90 by $.0072 and get 125. If an artist can get every single fan interested in buying their music to listen to each song at least 125 times on Spotify, the artist will make out better on Spotify. If not, the artist will make out better on CD sales or downloads.

Of course this is an extreme example, but in a world where people are paying less and less for music, and full length CD's are dying in favor of singles, individual song listens could potentially be more profitable on a subscription service like Spotify than CD or download sales. Couple that with the fact that Spotify can be accessed instantaneously around the world by just about anyone and the fact that they can share what they just listened to on their facebook wall, Spotify doesn't seem all too bad.

In conclusion, I'm not necessarily advocating for, or against Spotify. I'm a huge fan of physical CDs myself. I love the artwork, the smell (yes, new cds have a smell to them) and most importantly, CDs just sound better. Spotify, whether I like it or not, may be the future however. Regardless of how you consume music from the artists you love, continue to support them one way or another. If you're not going to buy the CD, than at least listen on Spotify (a lot), buy a shirt, or go to a show. Bands do need money to survive, regardless of where it comes from. The less time a band has to spend at a day job, the more time they can spend on their music, and on the road touring in a city near you."