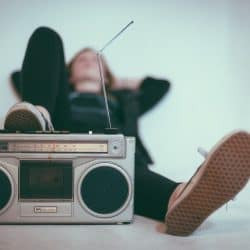 "Artist and advocate Blake Morgan has penned a letter on behalf of more than 14,000 petition signers calling for artists to finally get paid when their music is played on AM/FM radio.

“It’s unjust to not pay people for their work while arguing that so-called “promotional value” is enough,” writes Morgan.

The letter was sent to the Board of Directors at the two largest radio broadcasters in the US, iHeartRadio and Cumulus Media. Both earn billions of dollars in ad revenue yearly while refusing to share it with the performing artists whose music makes it all possible.

This Wednesday February 2nd at 10 AM ET. the House Judiciary will hold a public hearing on changing that by passing the American Music Fairness Act.

The US is currently one of a very few countries where radio only pays songwriters. If passed, the legislation would change the law to require large broadcasters like iHeart and Cumulus to compensate artists when they play their songs, just as radio broadcasters already do in every other developed country on earth and as US digital and streaming platforms do now.

I write to you on behalf of the undersigned: over 14,000 music makers and music lovers who have joined together to demand action in the name of basic fairness.

Like many of the signatories below, I’ve been a professional musician nearly all my life. I can claim an accomplished career, but I’m not what most would call a “star.” Few musicians are. Just as in other professions, the vast majority of working professionals in music are similarly middle class and the downward economic pressures we face affect us disproportionately.

The grass-roots #IRespectMusic campaign has grown to become the largest in the history of American Music––a campaign seeking cooperation from iHeart and other American broadcasters to right a century-old wrong. Simply put, it is time artists were paid for radio airplay in the United States. Isn’t being paid fairly for one’s work a bedrock American value?

We 14,000-plus Americans (from every Congressional district in the nation) think it is. Our efforts to raise awareness about this injustice were a driving force that led to the introduction of the American Music Fairness Act – legislation that is poised to right this wrong. We signatories understand the United States is the only democratic country in the world that doesn’t pay artists for radio airplay.

We signatories understand that paying artists for U.S. radio airplay would bring hundreds of millions of dollars back into the U.S. economy that is currently withheld by overseas broadcasters as punishment because U.S. broadcasters refuse to pay for AM/FM radio plays.

If you truly want to support local radio you should endorse the American Music Fairness Act, not oppose it, because the legislation specifically protects small broadcasters: stations grossing less than $1.5 million a year would have their annual royalty payment capped at $500, or $1.37 a day.

iHeart and other broadcasters––which generate billions of dollars in advertising revenue per year by playing our music on your radio stations––have never paid a penny to the artists who make your profits possible.

We’re writing to ask for your help to finally bring an end to this injustice. The times we find ourselves in are changing, rapidly, and Americans know and act on injustice when they see it.

It’s unjust to not pay people for their work while arguing that so-called “promotional value” is enough. By a 2-1 margin now, Americans say they’re more likely to discover music on streaming platforms than from AM/FM radio. Broadcasters’ decades-old “promotion” argument doesn’t even hold up in our modern world. It’s time iHeart and other broadcasters recognize they can no longer freely exploit our hard work for profit.

We hope iHeart can be part of the solution. In that spirit, we come to you with two requests:

If you are willing to meet with a group of music makers, please contact me at blakemorgan@ecrmusicgroup.com. I’m sure as both the CEO and a member of the iHeart board, you strive to make a meaningful impact through your work. This is a tremendous opportunity to do just that, and to do it together. Lots of times we don’t know right from wrong, but lots of times we do, and this is one.

Music is one of the things America still makes that the world still wants. The people who make that music should be paid fairly for their work.

We hope you’ll join us.