4 Reasons Why Local Clubs Are Closing 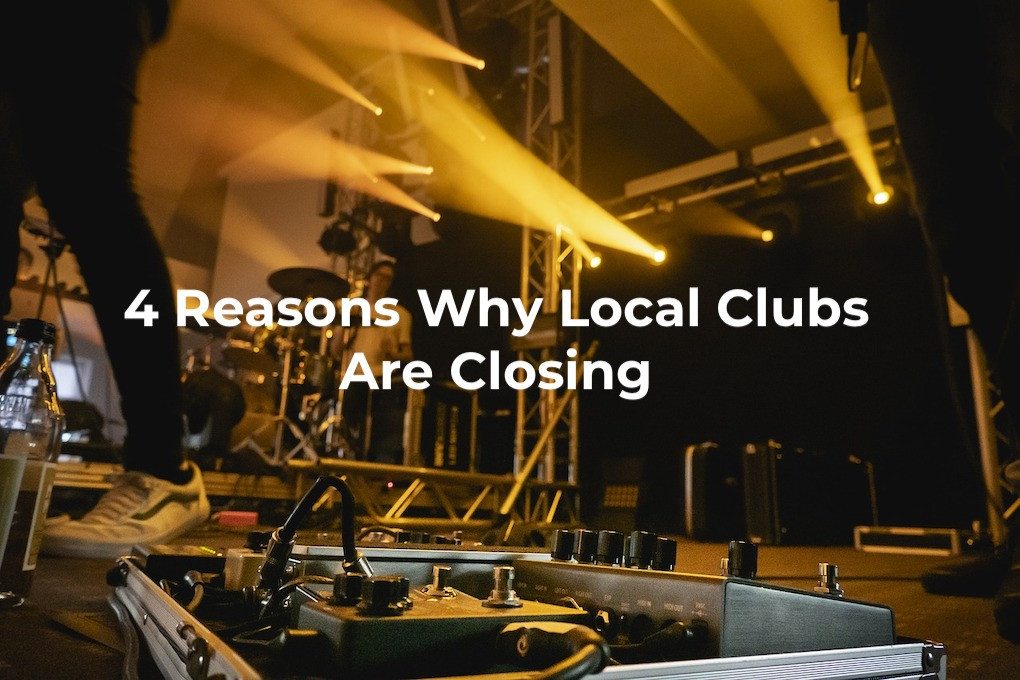 "When I was a young musician, I lived in a time where there were so many clubs that you could play 7 nights a week in a different club every night if you wanted to, plus get paid for it. If you can believe it, you could actually make a pretty decent living as a musician just playing the venues in your local area. That helped bands get tighter, develop stage presence, gain experience working crowds, and grow to the next level. Those days are pretty much over though, and it appears to be getting worse as local clubs are closing at an alarming rate.

The Reasons Why Clubs Close

Let’s get past the most surface issues of clubs and venues closing, like customers getting treated poorly or entertainment that doesn’t fit their likes. The real problem is with venues that seem to be doing well and still are forced to close. Generally there are 4 reasons why that happens.

Gentrification – Bars and local clubs have always thrived in places where rents were the cheapest, but we’re finding fewer and fewer of these areas in cities of all sizes these days. Developers are buying land and buildings that were once almost considered an eyesore and turning them into mixed use condos all over the world. As a result, rents are going sky high and most club owners, who operate on tight margins to begin with, can no longer survive.

Noise – Even if a club or venue can survive gentrification, the surrounding neighborhoods now have more residents who prefer that the night stay quiet instead of filled with the sound of music and loud patrons. As a result, strict noise bans are now being enforced that make it impossible for clubs to remain open without violating them in some fashion. You can plead with your patrons to be quiet when they leave, but that doesn’t mean that will happen, especially after a few drinks.

+How to Soundproof a Room for Home Recording

Insurance – A close counterpoint to gentrification is insurance. Club and venue owners have to carry a variety of insurance policies for protection against disaster and these costs are outpacing inflation. New policies cover losses during a pandemic (which must now be taken into consideration), which means that those policies are now more expensive. Although many insurance companies are trying to wiggle out of paying for COVID losses, payouts mean that prices will go up for current policies.

+Are You Ready For When Something Horrible Happens?

Out of control costs – Inflation is affecting everything around us. Prices on alcohol (which drives the business) are going up, which makes the drinks more expensive. Just turning the lights on and providing power is now more expensive than ever, which drives up ticket prices, and that’s before the artist even gets paid. Venue owners are aware of this and do their best to cap prices, but you have to cover your costs and the entertainment won’t work for free (at least in most places).

The sad part about the state of live music is that small local clubs and venues provide the training ground that artists need to hone their craft. We’ve seen how an artist with a flash hit needs time before they feel comfortable on stage, and that’s because these opportunities are dying away. Better to get it on a small stage first before learning in the big time."

+How to Stay in the Music Industry Despite Turbulent Times