Pitching your artist or your band at the right price and time is critical!

**Guest post written by Dennis Kurtz of What's Next Nashville. 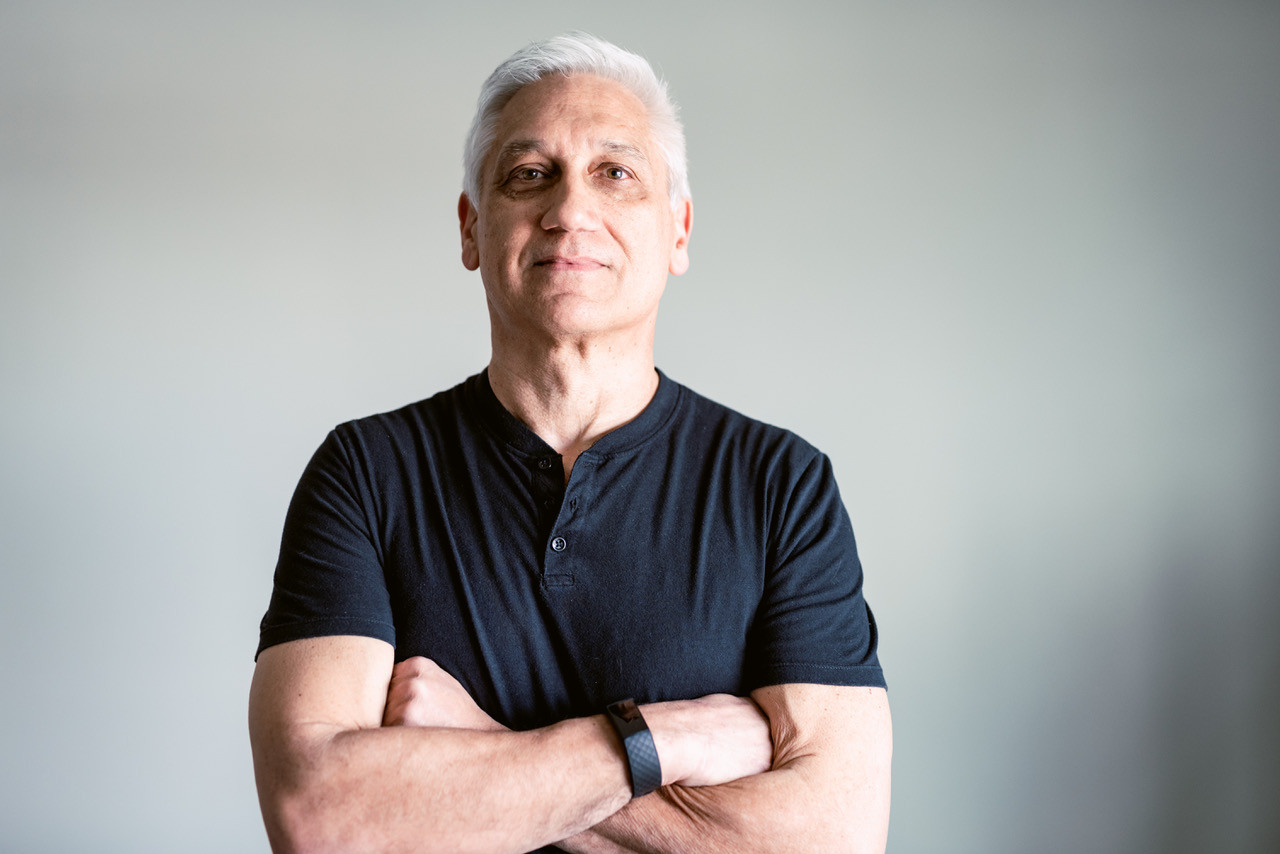 "This week the Topic is What is the Pricing for Soft Tickets shows, fairs, festivals, casinos, and other semi soft ticket shows.

Last week I made the point that you are worth what you can draw!

This is true if you are doing a hard ticket show. A hard ticket show is when you are making the money off a ticket that is sold and or money is charged at the door, and you make only what is paid to see you minus expenses. Most original music artists build themselves as a hard ticket, but also play soft tickets shows along with their hard ticket shows.

A soft ticket show is when the admission is not affecting your guarantee and you are usually not expected to be the only draw for people to the location, venue, or event.

A soft ticket show could be these different scenarios:

1. A free stage at a fair or festival. You are getting paid, but the price of admission is not how they figure out how to pay your fee or support position at a festival.

3. Venue that does not charge a cover charge, or the venue that has a strong draw and hires a band to entertainment but not to draw people to the venue.

Usually as a seller I try to find out what the budget is in these situations before I quote a price.

Typically, here is how these gigs are priced...

Fairs usually have free stages and sometimes paid grandstand shows. The free stages are a soft ticket, the grandstand ticketed event are hard tickets or semi soft tickets. Although most grandstand shows are ticketed many of them are used to draw fans to the fair, so they then become a softer ticket.   Festivals also have different levels of soft and semi soft ticketed events. The many opening acts are soft tickets, when Coachella or Bonnaroo is sold out before the artists are announce that is a completely soft ticket. Festivals that book many artists on many different levels is a semi soft ticket. The headliners are used to sell tickets, or they are more of the hard ticket because their pricing is usually based on what they are worth. The supporting lineup is a semi soft ticket but the smaller the artist the softer ticket the ticket. The baby band on the side stage that no one has heard of is not expected to sell any tickets is a soft ticket.

3. If you have a built a reputation as a up and coming artist and have strong streaming 1 million subscribers on YouTube or Tok Tok and a possible single breaking at radio $7500 to $10,000 is a reasonable ask. This could also be an known artist in a genre, not necessarily huge but a name that means something to the bill.

A Venue that is booking Regional Touring cover or original band that wants great live bands /entertainment but is not putting headliners in the venue.

This is a soft ticket they are booking you but not paying you based on your draw but more because they want solid good entertainment that will hold the crowd to drink but you are not a draw.

These could be original bands that do some covers but probably do more than one set. Usually trying to cover 3 to 4 hours. Think Tin Roofs (800-1200) or Wild Wings (800-1500). for a normal night of entertainment. Many times, you can get several hotel rooms and a meal at these venues as well. They usually provide production.

Typically, they don’t charge a cover. There is a pretty good chance you are providing a small PA and playing in a corner: $100-$750.

Production: Keep in mind on these more lucrative cover wedding gigs most bands carry their own production and can charge a little extra if they provide sound and lighting.

1. $5000.  Can't imagine any corporation not paying 5K, if you ask for less you are leaving money on the table.

2. $5000-$15K. Corporate band that has a reputation, usually a party, cover band that plays multiple sets.

3. $15K and higher. High end corporate gigs are usually name acts that typically charge 25 to 50% higher rates than their normal show. An example of this could be, if they want Dave Matthews and he is making 1 million a show, they probably are charging 1.5 million or more. Usually, a big-name act will ask for a large stupid number and if the corporate buyer is willing to pay it they will do the gig.

Production:  Most corporate shows provide production and because usually there is more events happening so they will need the production for other parts of the programming. For 1.5 million Dave Matthews team is bringing in their own production, LOL.

Casino's: In the past casino's would use entertainment to draw fans to the casino floor and paid 25% to 50% more than the artist charges like the corporate rates. Today most casino's try to cover the costs of the artist with tickets sales. Typically, casino's only want 90-minute sets and don't want an opening act, because they want the fans to hit the floor and spend money. Depending on the act the casino also might comps tickets for high rollers and VIP guest so the show then becomes a semi soft ticket. If the casino is not worried about ticket sales because they are comping most of the house this would be a semi-soft ticket. Lounge bands and stages in the middle of the casino that don’t require a ticket are a soft ticket.

3. Bigger shows are based on your established value.10K and above.

If the room holds 2000 and you are an emerging artist don't try to book that room. Be honest and realistic.

A large country bar or Night club that books an artist usually is adding entertainment to an already regular fan base. They usually will pay a flat fee and not pay the artist from the door. This is because they already have a built-in audience, and they are really using the entertainment to double that audience, but they are not going to pay you for their audience that they already have.

Example: I have called on many of these bigger venues, let’s say the venue is 2500 seats, they do 800 to 1000 people any weekend night so for them to want to book you they are looking for you to bring another 800 to 1000 people in that is not their regulars. That doesn’t mean that some of their regulars are not fans of yours. Your fans will need to be their target demographic. They are going to pay you a flat fee, but it is not going be reflective of the entire door.

Typically, Country bar first time in is a very low guarantee. If you are a radio act then your first show is probably going to be a radio show, which usually is free show or expenses paid in conjunction with a radio station. (Called a radio show) If you have your first song at radio and it is rising on the chart the ask is usually around 5K-7.5K. If you hit number one, 7.5K to 15K. These are not set in stone and depending on what kind of fan base you have built up to this point these numbers could be a lot different. For example, Cody Jinx is getting 250K to 500K but is just working a single to radio for the first time to monitored radio. They are going to be making what they are worth in the market.

At the end of the day, you could price yourself out of one of these situations if you don't know where you are sitting in this pricing.  If you have not established yourself at a certain price as a hard ticket, you must assume that you are at the bottom of this scale. If you are just getting started, make sure that you ask what their budget is? but don’t be greedy! Know your worth! Hard and soft ticket pricing.

+Why would I be a support act?

Soft Ticket:  The number of tickets sold does not have anything to do with your guarantee.

Hard Ticket:  Your money is based on the number of tickets you can do through the door.

Semi Soft Ticket:  Your guarantee is not completely based on how many tickets you can sell. Venue or Festival makes a flat offer and you do not get a back end.  You are not the headliner, but a supporting act.

The Ask:  This is the price you are asking for.  What is the ask?  How much for the act?

Radio Show:    When the radio station promotes a show at a venue but does pay the artist their full rate.  Usually, it is for expenses only or free, typically this is for the radio station adding the single into rotation.  It is not a pay to play but it is!

Dennis will be hosting a DIY Artist Development & Mentoring master class in November, which you can check out HERE. Use promo code "IOTM" to get 25% off.

+How to Set Your Rate as a Musician

+Tips from a unique perspective: an artist and talent buyer