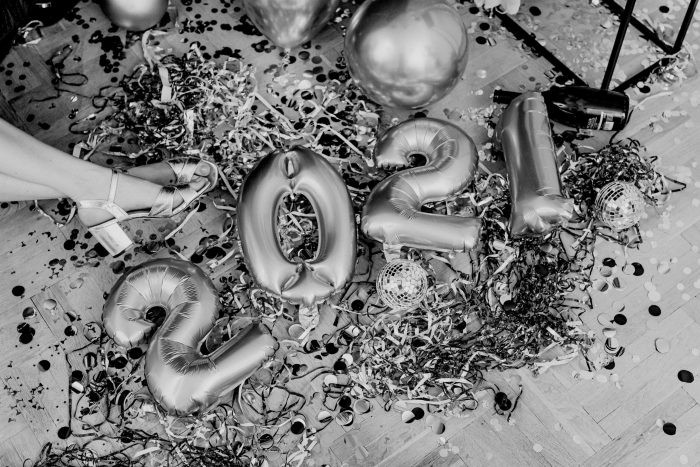 "2020 will go down in history for a lot of reasons. The music industry will forever remember it as the year live shows ground to an abrupt halt. The devastating shockwaves of the COVID pandemic have hit home particularly hard for the live music industry, impacting artists and businesses alike. It has been a difficult pill to swallow, especially when contrast with the record setting year that live music had in 2019.

Despite the challenging times we are in, the future looks bright! Creativity breeds innovation, and the music industry has no shortage of creativity. Even through all the challenges this year has brought, the industry hung on through remarkable resilience. Live streaming, drive-in shows, fundraisers, even lobbying the government – there’s nothing we won’t do to keep the culture alive and the music playing. Music isn’t going anywhere. It’s only a matter of time before we can get back to that unparalleled feeling of experiencing it live and in person again.

As we turn the corner into a new year, we look forward to a new frontier for the live music industry. Here are some of our industry predictions for 2021.

Return of the Live Show

Getting back to producing live shows consistently and sustainably is undoubtedly going to be a slow process. There won’t be a single point in time when the pandemic is switched off and we can return to business as usual.

We predict that there will be a gradual return to normalcy in the year that follows. Large scale concerts likely won’t be happening in the first quarter or even the first half of the year. It is going to take some time for restrictions to loosen and for people to be able to safely gather for shows. Vaccines are just now starting to be distributed, but it could be months still the general population to get vaccinated or for the virus to run its course.

At the earliest, we likely won’t be seeing live shows until late summer or fall. When they do truly come back, they will be bigger and better than ever!

+Top 5 Tips to Help Prepare You for a Live Performance

If there’s one positive thing from this year, it would be that all sides of the industry came together in a time of crises to support each other. Anyone doing business in the live music industry was in the same boat this year and we all had to offer support to one another to keep it afloat. The industry is extremely interconnected. In general when one part of the industry is thriving, we all thrive, and when one part struggles, we all struggle.

While each part of the industry is necessary for it to function, the dynamics between those parts can change over time. Prior to the pandemic there was a relatively healthy amount of supply and demand in the market. There were plenty of artists out on the road, enough buyers who would be willing to bid top dollar for the best talent, and lots of fans who would pay increasingly high ticket prices to see their favorite band. This may have even been considered a good seller’s market since artists and agents often got the most favorable deals. In the current environment, this market has broken down entirely due to unforeseen government regulations and businesses closing to reduce spread of the virus.

As the pandemic subsides and regulations are lifted, the dynamic between the industry players will look a bit different. We predict that the industry landscape in 2021 will be a buyer’s market and will be more favorable to promoters and talent buyers. There are a few reasons for this shift.

First, there is a surplus of artists that are extremely eager to play shows again. Many artists make a substantial portion of their income from live performances. Once it’s safe to play live again, there will be a wave of artists contacting promoter’s to book them.

Second, there will be less demand from venues and fans this year to make shows happen. That’s not to say that people don’t want to see live music as much as they did in the past. There’s very much still demand for concerts. However, it’s going to take some time before everyone is comfortable gathering in large crowds again. Smaller capacity shows may be the norm for quite some time.

Additionally, there will be fewer shows happening and fewer venues hosting shows. As things slowly return to normal, concert promoters will have to navigate through changing government regulations and concert goer sentiment in their local market. These factors will make it difficult to have the same volume of shows that we’ve seen in years past. There will also be fewer venues across the country as some businesses have been forced to close permanently this year. All of this coupled with the fact that artists and agents are requesting concert date holds many months in advance means that there will be a shortage of dates to book shows this year.

The final reason that we predict the power dynamic will favor talent buyers and promoters this year is that the principle of risk vs. reward. A good deal in live music is one that benefits everyone and all parties share in the risk and reward. Deals often have high guarantees going to artists, where a large amount of the risk is placed on the promoter. The pandemic has shown just how risky this business can be with many concerts and festivals being forced to cancel last minute. Cancellations like this can lead to big losses, especially for promoters. The industry must recognize the huge risks that promoters take this year. As a result, deals may skew to favor talent buyers. Those that can make it through this year will be rewarded with some historically good deals on talent.

Another outcome of the pandemic has been all of the furloughs and job losses from large corporations in the industry. Just about every major agency and concert promoter was forced to cut costs and cut staff this year. As a result, there will be a lot of talented people who were let go from their corporate jobs that start their own businesses.

The music industry is really not that big, and it’s full of characters with fiery personalities and unrelenting determination. Some people that were let go from their jobs will be inclined to go start their own thing. Some of them may have been thinking about doing it for a while already. Others may just be capitalizing on the opportunity at hand. Some of this activity has been happening already, with several new independent agencies popping up in the last year. The pandemic has catalyzed this trend, which we will likely continue to see throughout the year.

To some extent, this could become a reversal of the recent agency and promoter consolidations. It may be a new era for indie boutique agencies and promoters. This increased competition could be a good thing for the business. It will especially benefit smaller and mid-level artists looking for representation. The big corporations certainly are not going anywhere though. They have the resources to weather this storm and come out on top. Big corporations will still own a majority of the market share, especially when it comes to putting on the biggest concerts with the top stars in the industry.

The industry has had to get creative to make the most of a bad situation. A couple of innovative ideas that artists have leaned on in 2020 were live streams and drive-in shows. Both of these have been great ways for artists to connect with fans with limited other options available. Some artists have even managed to make these types of events profitable. While these have been good options to accommodate social distancing, they are not sustainable for the industry long term.

Live streaming can definitely be useful for artists. Live streaming can be used as a promotional tool or a way to connect with fans in unreachable geographic areas. However, the notion that live streaming will replace the experience of going to a live concert is simply absurd. On the business side, it is extremely difficult for an artist to generate cash flow consistently enough from live streams to be a main source of income. It is relatively cheap to put on a live stream, and artists have been able to create ticketed events or collect donations from it this year. It’s just not a sustainable business model at this time though.

The drive-in concert was another desperate brainchild of 2020. Similar to live streaming, this will be a flash in the pan that fades away once in-person concerts return. It is an inferior substitute to a real concert. Just like live streaming, drive-in shows put an unwanted barrier between fans and the performers. Additionally the numbers just don’t work to make it a sustainable business model. Creating extravagant productions for a drive-in show requires at least the same level of expenses as a typical concert, yet there is a lower capacity. This translates to fans paying higher ticket prices for a lesser experience. It’s just a losing formula.

Live streaming and drive-in shows won’t disappear completely, but they definitely won’t be the norm. Live streaming can still be a solid way for artists to connect with fans, and drive-in shows can be a fun novelty for concert goers on certain occasions. The bottom line though is that these are both fads that will decline in popularity in the coming year. The tried and true in-person concert will return as the best method to hosting profitable events.

The music industry has historically relied heavily on intuition to find talent and strike deals. Having a “gut feeling” about an artists is still really important. It’s an invaluable skill to the best talent scouts that know what to look for. But it is not a way to scale a business effectively. In the new live music industry the stakes are higher than ever and there is less room for error. Relying on intuition alone is a sure way to miss out on some big opportunities.

Technology is getting better and there is an abundance of data at our fingertips. All types of businesses are using it to make more intelligent decisions. The music industry is already using some of these tools but hasn’t yet embraced them to the extent that it should. There are limited success stories, such as record labels using machine learning and AI to identify new hit music. We predict that there will be more adoption of advanced data analytics in the music industry this year. Businesses operating in the live music space in particular should be using data to make more informed decisions.

Cold hard data and computerized models will never fully replace intuition in the music industry though. At the end of the day, music is a deeply personal and subjective product. Professionals in the industry still need to have a good ear and that gut feeling to make the right decisions. Data should be an indicator not a decider."

+NIVA's Statement On The Passage Of The Save Our Stages Act