A release strategy to fill your yearly calendar

This post originally appeared on the Disc Makers Blog for indie musicians by Randy Chertkow & Jason Feehan of MakingMoneyWithMusic.com. Reprinted with permission. 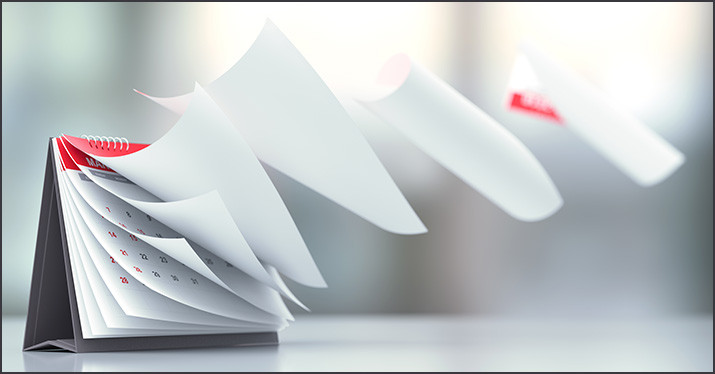 "Your best social media strategy is to entertain your fans throughout the year rather than just drop an album and disappear. Create a strategy to make your fans anticipate your every release — music, videos, merch, and more — and attract new fans in the process.

Posting on social media whenever you feel like it is fine for casual artists, but if your goal is to build a dedicated fan base, you’ll have to do more than take pictures of your lunch. It’s your music, videos, art, merchandise, and events that your fans enjoy the most. To make sure you give them what they’re looking for, you need to plan the release of your music and other content by putting together a release schedule.

+How To Get Started With Social Media Marketing

First, if you start getting your fans used to a release day, they will start anticipating getting each new song, post, or video you drop. They will make it a habit to look for new things from you on “new track Wednesday.” This is how the most popular webcomics, blogs, YouTube channels, and podcasts thrive.

Second, social media platforms are programmed to reward creators who release on a schedule by automatically recommending them more often to new people. For example, YouTube will put you in the recommended videos more often if you never miss your schedule date.

Third, a regular schedule makes it easier to coordinate your promotion and publicity campaigns.

Below are ideas on how to structure your music, your secondary content, and your release calendar so you can grow your fan base.

If you generate an album’s worth of material each year, consider creating multiple mini-releases out of it in addition to releasing an album. The streaming platforms reward this strategy: more than two-thirds of all songs played on the largest music streaming platform, Spotify, are singles — not albums. So when new releases come out, they’ll choose just certain tracks and the platforms will put them on “new” or “discovery” playlists. Organizing your releases this way means for each new song release, you have a chance to win new fans and get your existing base excited to check out your latest music.

+I Made a Full-Length Album Anyway

But it gets better: you’re not just talking about the six releases, you’ve got before, during, and after each release to work with: creating anticipation for the upcoming release, promoting the release once it’s out, and then posting reactions to the last release after it came out while teasing the next one. You can even look for curated playlists to feature your single.

Also, the same 12 tracks might generate even more release ideas. Consider all of the below options when planning out the year:

The music provides a good base of releases throughout the year, but there is even more to add to your release schedule for your fans to enjoy. These secondary content items are all within reach.

If you create music videos, these should be released after the single, EP, or album they’re supporting. Doing so provides extra promotion as well as another “event” to share and talk about with fans and followers, and there are plenty of other videos beyond music videos you can make. These include behind-the-scenes videos, fan-made videos you promote, vlogs, live videos, and more. Consider the ones that make sense for your music.

The artwork and photos you create for your singles, EPs, and albums can serve multiple purposes: not only will this function as album art, it can also serve as pre-release content you can share with your fans and followers. In fact, your art can often be repurposed in many ways if you have access to graphics tools or work with a graphic artist. Consider creating album art, EP art, posters, desktop wallpapers, phone themes, making-of/behind-the-scenes photos, and more. Plan out when to drop your artwork and photos within the context of your music and video releases. While album and poster art are good for the weeks before you release your music, live show photos and making-of/behind-the-scenes photos work well for post-release. Some bands even put together photobooks of stills from the studio or on the road to generate hype.

Whenever you create and release new merchandise for sale, it’s another reason to reach out to fans and followers so they know it’s available and what it looks like. Pace out the merchandise in between music, video, and artwork releases. All of the artwork and photos you share can generate merchandise too. If you’re looking for great merch ideas, check out Merchly!

Each time you play live is an event on your calendar to make the subject of your releases and posts. But playing live can help you create a ton of content even for the fans who weren’t there. This includes photos, videos, audio recordings, live-streaming, and more. Even parties that you throw and other events generate a lot of content — all you have to do is capture a couple of things from each to do a posting that your fans will enjoy.

With the huge amount of possible music and secondary content you can generate, you should aim to post weekly, or at least aim to post pre-, during, and post-release messages every two weeks. Whatever you decide, make it a regular schedule so your fans and the social platform algorithms get to know your schedule.

When planning out your schedule on a calendar, start with the big releases first and then fill the calendar in with the smaller releases centered around your music. For example, a 12-song album breaks up nicely into singles and EPs through the year, and the occasional music video tied to this can be weaved in between. Then fill in the rest of the gaps with merch releases, live shows and events, and art. It won’t take long to fill your calendar if you mix the small releases with the larger ones.

A release strategy gives you more than just a way to engage with your fans online. It makes it easier to promote, so you’ve got something to focus on rather than constantly coming up with things to say on social media. Generating consistent buzz around your music will pay off when it’s time to tour or sell your music.

Of course, there’s a lot more you can do to maximize the promotion around your releases and get noticed, which we cover in our book, Making Money With Music."

Disc Makers has set the standard for independent CD and DVD manufacturing for musicians, business people, and filmmakers for over 70 years, with a world of products and services offered to help make your music or video project stand out from the crowd. Learn more at www.discmakers.com. The Disc Makers Blog has hundreds of posts to help you navigate the business, recording, and promotional challenges of being a DIY musician.