7 Tips For Writing A Bitchin' Bio 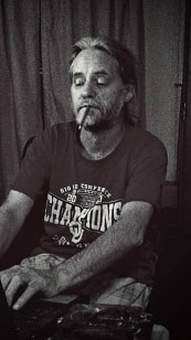 "With all the spiffy technological advances, getting your music out there is easier than ever before. If you're savvy enough with the available gizmos, you can record and distribute online songs which - from an audio standpoint at least - rival what's released by both major labels! (Just kidding - I think there are five).

However, some things technology simply can't do: it can't un-suck a sucky song, and it can't un-crap a crappy bio. There are ways to make songs suck less, and to make bios less crappy. Guess which one we’re going to talk about today?

These are just a few things I've learned not only from writing bios (and press releases) for thirty years, but from reading countless articles on the subject. I'll share enough of the highlights with you to maybe un-crap yours a bit, or to help you start from scratch!

1. DON'T UNDERESTIMATE THE IMPORTANCE OF THIS SH*T

Think about it - unless your bio is being read by a fan (or bandmate or family member or the guy upstairs with the broom handle who doesn't care for the volume of your practices), it's going to be your introduction. The folks you're targeting will most likely read before they listen. I firmly believe that music is a connection to the soul (or “subconscious,” if that makes you less uncomfortable), and that our connection with artists is the same. Our bios have the opportunity to give potential fans and decision-makers a glimpse into that part of us from whence the music comes. And make the first connection.

That's a rather ostentatious way of saying that if your bio could have been written in the dirt with a stick, you're not going to be heard, no matter how un-sucky your music is.

+How to Write a Better Biography for Your Website

2. YOU MAY BE THE FIRST PERSON TO READ IT - BUT LET THAT BE WHERE THE "FIRST PERSON" ENDS

"Hi! My name's Ty! I'm an awesome songwriter from Oklahoma!" I wish I could say that this awesome demonstration of a crappy opening was a gross exaggeration. Instead, it's just gross (plus, overuse of exclamation points gives me the willies). Usually, if it's phrased in the first-person, you're just putting lipstick on a pig. (The exception to the rule is explained below). I'm not sure why so many of us inwardly crinkle our noses at a first-person bio. I think it may be that it just seems so sad and pathetic and lonely, like a postcard from jail.

Of course, you don't want to fabricate, mislead, or "pull anyone's leg" (no idea where that little saying originated) - but you're not writing a shopping list, or your account of a traffic accident. Every life has a story, and every bio is a life - in about 500 words. You have time to create a narrative and connect a few of the dots that either shaped you into or reflect the artist that you are.

You also have time to stick some quotes in there - preferably cool ones. You'll usually want to do this in the opening paragraph, although - if you're creative enough - you can find ways to work one or two in later as well. She's been called “truly awesome" or They've been touted as “better than a sharp poke in the eye" is an effective way to catch the reader's attention near your open. This comes in especially handy if you don't really have any usable "press" quotes, and are just making do with what your buddies scrawled on napkins in exchange for beer. If the quote is from a noteworthy source, then - believe it or not - it's worthy to note. Or link to.

5. OR, YOU COULD JUST SAY "SCREW IT" AND GET SOMEONE ELSE TO DO IT

I know, I know. If that was really an option, you wouldn't be reading this. However, if you have a friend who'd be willing to write basically a theme paper about you, you should consider it. No matter how well you're able to put words together, there's really something to be said for having a more objective perspective. Plus, it's less sad and pathetic (see above).

6. COOL QUOTES, PART II (aka "The Exception to That First-Person Thing I said Not to Do")

Here's something fun to do alone in a room (besides math or diagramming sentences - two of my faves): Interview yourself and insert the quotes! Make it a short interview, because you won't need that many. It's a good way to convey either something personal (The death of Bobo the Clown hurt Hager "way down deep," he says, "where even soup don't feel good"), or to interject some humor (Hager has written a novel, hundreds of songs, a country opera, and, he says, "my name in the snow. Many times").

7. YOUR BITCHIN' BIO SHOULD BE BUILT TO LAST

Unlike Press Releases (my next article), which are about specific events and "one-and-done" in most cases, you shouldn't have to update your bio more than once a year or so. Some really successful acts have their bios darned near etched in stone. When they actually do etch them in stone, it'll be announced with a press release.

There's a fine line between humility and egomania. You'll want to tread a little closer to the latter, and if you're truly a humble person, it can be tough. To me, that's always been the greatest challenge, and I'm borderline narcissistic (with an inferiority complex - at least that's what my last girlfriend said). But you can't be afraid to toot your own horn, to see your uniqueness and creativity as causes worth celebrating and your story as one worth telling.

+8 Ways You Should Be Using Photos on Your Band Website

+How to Write a Press Release (and Get Press)