Local Clubs Played: Aerial is an American alternative rock band from El Paso, Texas. In 2007 they were featured in Corruption magazine. They've shared the stage with notable acts such as Fall Out Boy, +44, Paul Wall, Hoobastank, and countless others. In July 2008 Aerial announced on their Myspace that they were to embark on a national tour in September of that same year. Aerial was signed to Goldenstate Records in 2009. 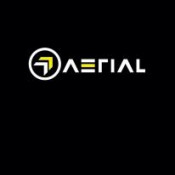 History Aerial was formed in early 2006 by friends Roger Argenis and Omar Monreal. The two had played in various bands in the El Paso area, including the band A World Apart, in which they both played in. They decided they wanted to start a band that was similar to bands they listened to growing up such as Deftones, Metallica, and Nirvana. Argenis and Monreal met high schooler Daniel Rodriguez at an event where Aerial was playing. Rodriguez filled in for a few shows but immediately joined the group when offered to take over bass duties permanently. The three immediately began writing material which would be used later for their 2007 self released demo Falling Down. In early 2008 Aerial began posting bulletins on Myspace in search of a permanent drummer. Stan Petraitis was contacted by the band for an audition after watching videos of him performing with his band Dreadscape. Petraitis has been part of the group ever since. Petraitis is from Brownsville, Texas. As Passerby, the band released one demo and played over 100 shows in Texas alone over the span of two years. In early 2010 the members of Aerial seperated and ventured off into individual solo projects persuing new goals but continue to remain friends till this day. Now after a two year hiatus, Aerial is back. With Only front man Roger Argenis as the only original member; Aerial has added guitarist Aldo Alberto and Drummer Manny Martinez to the line up! Aerial is currently recording at Valor Studios in El Paso, Tx working on there new upcoming EP entitled AURORA BOREALIS. The band is picking up where they left off and letting all the pieces fall back into place. Already this year, the band has released a new video for there single "We Fell Apart" working with director Sheridain O'Donnell. Due to front man Roger Argenis's success as a solo artitist during is departure from AERIAL, the band is currently getting help and support from 9th Gate Entertainment, as well as from Hillman entertainment's Danny Hillman(booking agent) who is preping for the bands summer tour to introduce the the new AERIAL and help support the release of the bands new EP AURORA BOREALIS.