**Guest post written by Jonny Carroll, a touring singer-songwriter from Grand Rapids, MI, as featured in his blog. 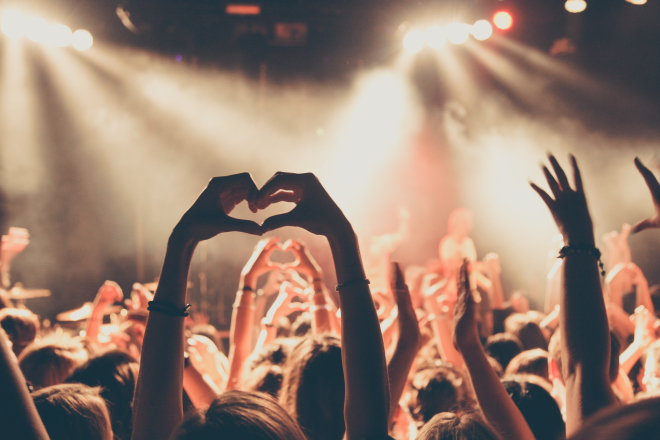 "“I hope he does well. That’s a tough industry to make it in.”

Words my dad hears a lot when he tells someone that I’m an artist trying to make a living at it. Rightfully so, too. It is a tough industry to thrive in. It’s a minority that will make it into the bracket of ‘working middle class’ artist. That is, somebody who has found a way to generate a few different streams of income with their art in order to keep the bills paid. Film & TV song placements, continual touring, online music sales… maybe giving music lessons or doing other industry related operations on the side like audio engineering or band management. Even fewer are the folks who will rise to the less-than 1% and dominate radio spins, stadiums and arenas, and be at the forefront of shaping mass culture.

But in my short time burning the pavement that is independent vocational musicianship I’ve come to observe the artists who, regardless of genre, possess some traits for being wildly successful at making it into a flourishing career. The common denominator between them is simple:

They never build a ceiling.

Coming and going from city to city, even country to country, playing shows with band after band, artist after artist, my interest in social psychology gets the best of me and I find myself closely observing behavioral patterns of creative people in a live show setting. It’s come to by attention that most of them are pretty shitty at these incredibly simple traits that could revamp their hard work into a ragingly successful, self sustainable and thriving entity. Most of them are hindered — be it with fear, insecurity, ego, or jealousy. Those four characteristics become the beams and cement that build the ceiling that keep them circulating the same old venues, getting the same old bar tab comp, and having the same old exclusive fan group coming to their shows (which consists mostly of their parents, roommates, work colleagues, and significant other). It’s these people that often complain that ‘nobody appreciates good music anymore’, or ‘how come I keep working hard at this and nobody shows up?’

+You're Talented. How Come You're Still Broke?

They neglect to see the bigger picture of success. Does this mean they can’t make a living at what they do? Certainly not. But the chances of them growing into the level of recognition and accomplishment they think they deserve are unlikely unless they kill the fear, shed the insecurity, kiss the ego goodbye, and throw that jealousy demon out the window. They need to learn how to raise the roof and adopt the ways of the bigger-picture musician. Let’s take a look at the 4 Common Traits of a Wildly Successful Artist.

No, I’m not getting spiritual on you. There’s a code to the road, and the amount of people I’ve come across that haven’t learned it astounds me. It revolves around respect and selflessness. When you find yourself in an opportunity to do something good for another band/artist, do it. Even if it takes you out of your way. You have a press connection that a band wants? Set them up. You learned a secret to social media reach? Tell them. Book them shows, feed them when they pass through town, dish out favors left and right without keeping track. It’s spinning positivity into the road realm, and it’ll come back at you in powerful ways when people realize they want to keep working with you. Do more for other artists than they do for you — sit through their live show, clap first, give them feedback afterwards. Generate a culture of positive presence in a world of vulnerable art.

2. They Are Accessible To Fans

Gone are the days of the cool factor of ‘unapproachability’. If you’re acting like you are more valuable than your audience, you’re doing it wrong. Artists who thrive are the ones who engage their fans. Walk around after shows and say, ‘hello’. Shake hands, give high fives, drink beers if you have the time. This especially comes into play with social media. I hear so many artists complain about Facebook’s reach algorithms when they aren’t even responding to comments and timeline posts. Facebook structures how far your posts go based on how much you engage with your audience. When it comes to social media, you earn your way into newsfeeds. The best you can, be accessible.

+The Bright Side of Social Media

I made the mistake when I first started of setting a firm price tag on my live show and not budging. “This will show venues that I’m valuable!” The reality was nobody knew who I was. If I wasn’t bringing people into the venue buying tickets, food, or booze, I wasn’t doing anything for the venue. I lost a lot of show opportunities. Ed Sheeran talks about the ‘Lose To Accumulate’ rule in this industry, which ultimately can be boiled down to: sometimes you have to take a big loss to get to the next level. For him, he had handfuls of record labels offering blank checks to sign, but he went with Atlantic, who offered the smallest signing bonus. Why? Because they had the best track record of breaking artists into a successful, long term career. This rule comes into play in much smaller scenarios, too. Maybe you’re touring through a city you’ve never played before and the only show you can book just pays in tips and free beer. If at all swingable, do it. Sure, you may be getting $600 on a weekend back in your hometown, but you need to decide what’s more important: making money or building something? Obviously, you need to make money. But if it’s a good opportunity and the only reason you aren’t taking it is ego, you’re just putting shingles on the roof of that ceiling my friend.

+When To Take an Unpaid Gig

Whether it’s the microphone or that photo you tweeted, being a successful artist means telling good stories. I’m not just talking about the, “This song is about…”. I’m talking about the story that you, as an artist, are living. The life you chose, the things that shape you and your music, and the ways that you express yourself as an individual are all part of your brand. By letting people into the story that is ‘you’ you deepen fan connections, boost social engagement, and, if done well, start a movement that has an expansive following. Work on building a team of people that have skills like photography, videography, graphic design and creative writing to help you make compelling content to tell your story online.

+Using Story and Storylines to Create Context for Your Content

I personally am pretty far from mastering these four characteristics. It takes years of refinement, revision, trial, error, and endurance to be a wildly successful artist. However, knowing and aiming for these traits just might be the northern star that takes your ship to the dry land that is ‘having made it’ someday.

Below I’ve listed some artists who I’ve met along the way that I feel like, although aren’t perfect, are exceptionally great at some or all of these traits. Make sure to follow them and join their story. Who is an artist or band that you think has burst through the ceiling and raised the roof to being a wildly successful artist?

Jonny Carroll is a touring singer-songwriter from Grand Rapids, Michigan. His music has appeared in the Huffington Post, Press Party, and the award winning short film, “Step One” by Chris Eckenwiler. Jonny has shared the stage with the likes of The Crane Wives, Mandolin Orange, and British folkpop phenomenon Passenger as he continues to tour extensively throughout the continental United States and United Kingdom. His latest album, “Leaving On The Light” was produced by notable producer and bass player Jake Rye of the Grammy nominated band Sanctus Real. It’s available now on iTunes and Spotify.

+Why Bands Need to Stop Bitching

+The Road to Joy