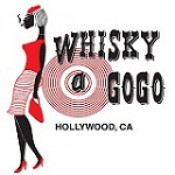 Upgrade to a Premium IOTM account to view booking info.

"The Whisky A Go-Go has been an anchor on Sunset Strip in the Los Angeles music scene since its doors opened in 1964. It's the 1st live music venue to be inducted into the Rock And Roll Hall Of Fame and is the only surviving one." Shows are held every night of the week. The Whisky has played host to rock'n'roll legends from The Doors, Janis Joplin, Jimi Hendrix, and Led Zeppelin to today's up and coming bands.